ALARM findings suggest local roads in terminal decline
Within the next five years one in six of our local roads will need to be repaired, or may even face closure, reports this year’s Annual Local Authority Road Maintenance (ALARM) survey, published today (28 March 2017).

The cumulative effect of an ageing network, decades of underfunding, increased traffic and wetter winters has led to around 17 per cent of all local roads reported as being in poor structural condition, with less than five years of life remaining.

The ALARM survey, produced by the Asphalt Industry Alliance (AIA) is now in its 22nd year and is widely respected throughout industry and local and national government as the most authoritative and comprehensive study into local road maintenance funding and condition.

It again reports local authorities need over £12 billion to bring the network up to scratch – a figure that has remained largely unchanged for four years – and the gap between the amount they received this year and the amount they say they need to keep the carriageway in reasonable order is almost £730 million.

Alan Mackenzie, chairman of the AIA, said: “Local authority highway teams do not have enough resources to arrest the terminal decline in the condition of our local roads and the network is not resilient enough to meet the challenges ahead.

“Despite this, the efficiencies they have achieved in recent years through adopting an asset management approach should be applauded.
“Working smarter, greater collaboration and improved communication are all contributing to their ability to do more with less – though of course there will come a point when there are no further efficiency savings to be found.”

A large number of local authorities have also been hit with unforeseen costs (England: 43%; London: 53%; Wales: 56%), primarily as a result of structural failures caused by adverse weather and increased traffic, which have put additional pressure on resources.

The number of potholes filled over the last year has dropped again for the second successive year, but is still high at 1.7 million – one every 19 seconds.
“Almost all journeys begin and end on a local road and we all rely on them every day,” said Alan Mackenzie. “They represent an asset worth in excess of £400 billion but, at present, less than one per cent of their value is being spent annually on maintenance.

“Potholes are a symptom of poorly maintained roads and can have a serious effect on road users but spending money fixing them in isolation, although essential, is wasteful. The most efficient way to deal with our crumbling roads is to fix them properly and stop potholes forming in the first place.

“It is time we had a rethink about the future funding of our roads otherwise we will end up with a network that is just not fit for purpose.” 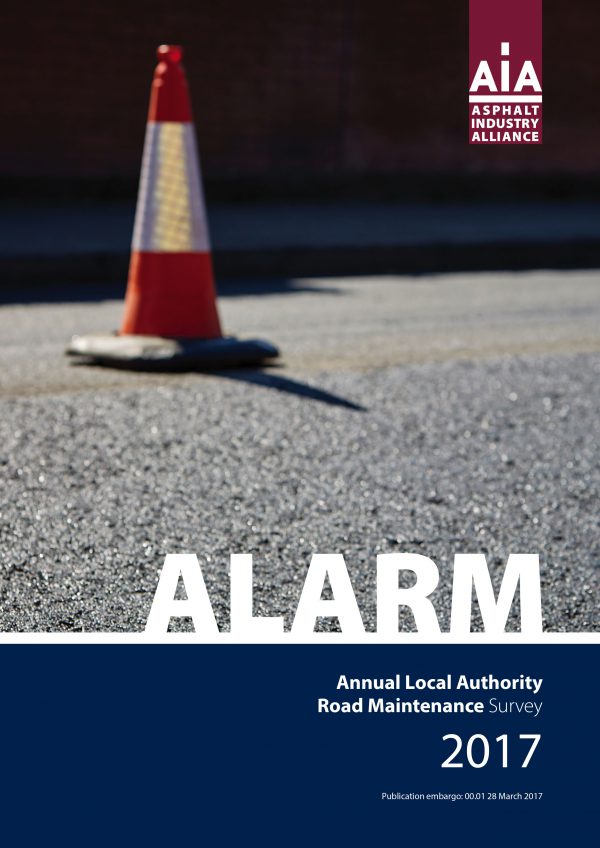 Back to press releases >