Cumbria County Council has been selected to carry out tests using new highways technology and methods on its local roads which could revolutionise the highways and waste industry.

Through its involvement with the ADEPT (Association of Directors of Environment, Economy, Planning & Transport) SMART Places Live Labs programme, a £22.9 million initiative funded by the Department for Transport (DfT), the council is investigating the sustainability and suitability of using additives derived from waste plastics within its highways surfacing programme. Its aim to reduce the carbon footprint of its highways schemes and provide a more resilient road network. 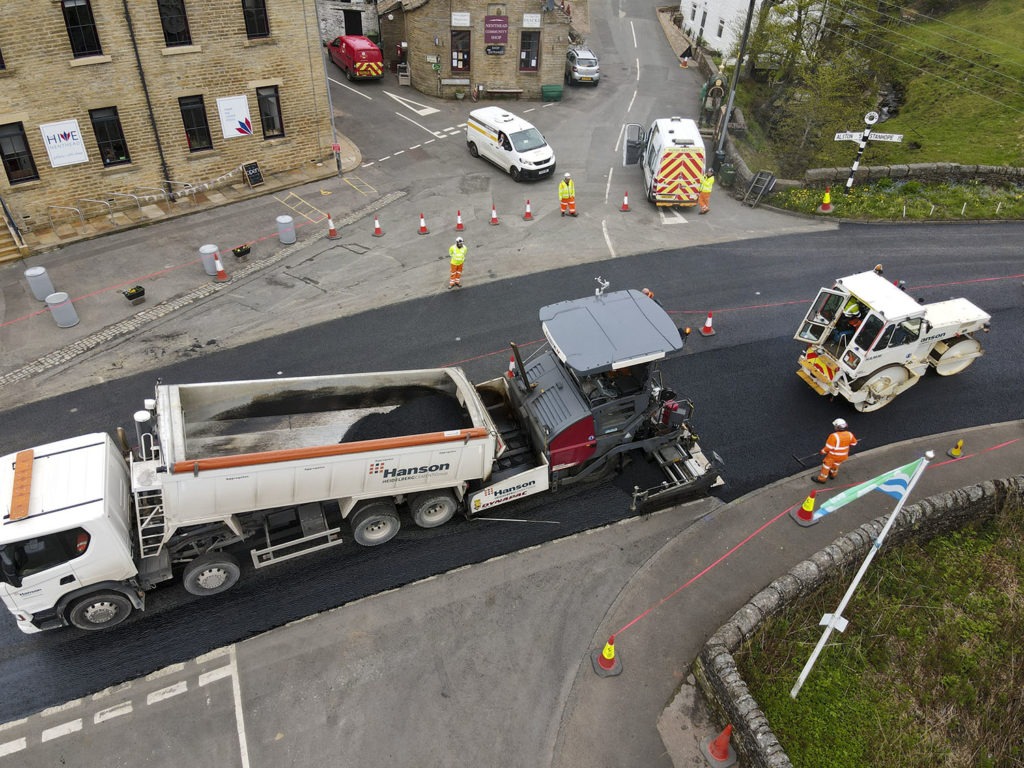 The council has been working on the Live labs project with Hanson, which is trialling Shell Bitumen LT R (low temperature recycled) which uses a chemically recovered waste plastic to make it compatible with bitumen, without compromising performance or re-use at the end of its life.

Designed to work at production and laying temperatures up to 30OC lower than conventional asphalt, Bitumen LT R helps to lower carbon emissions through reduced energy use during asphalt production, with every kilometre of road laid using it estimated to prevent 450kg of plastic waste going to landfill – saving one tonne of CO2 emissions. Shell’s Cariphalte AgeSafe bitumen, which incorporates an additive to prolong the life of asphalt surfacing, is also being trialled.

The trials are taking place over three different sites in Cumbria – two in Penrith and one at Nenthead in the North Pennines – as well as at Hanson’s office in Penrith where future coring and testing can be undertaken at regular intervals over the coming years to track the ageing behaviour of the asphalts. The diverse trial settings will provide comprehensive performance results. The three asphalts were produced at Hanson’s Shap asphalt plant in Penrith.

In total 450 tonnes with Bitumen LT R and 340 tonnes with Cariphalte AgeSafe product were laid along with 300 tonnes of standard product as a control.

Cllr Keith Little, Cumbria County Council Cabinet member for Highways and Transport, said: “Cumbria County Council is pioneering the use of waste plastic material in our highways, and we’re delighted to be the first in Europe to trial Shell Bitumen LT R product through the ADEPT Live Labs programme. I look forward to seeing the results of this trial taking place here in Cumbria on the A689 at Nenthead.”