Leicestershire County Council has pledged to become a carbon neutral council by 2030 and to achieve net zero across the county by 2045 – five years ahead of the Government target.

Working with main contractor Aggregate Industries, its highways teams have been trialling the use of recycled and low carbon products in its bypass improvement schemes on the A426 at Blaby, the A6 at Market Harborough and the A47 at Hinckley.

At Blaby, a rubber modified warm mix asphalt supplied by Tarmac was used to resurface and strengthen parts of the road. The mixture incorporates 5,000 recycled tyres, preventing them going to landfill, and the use of warm mix, instead of traditional hot mix, contributed to the reduction in carbon emissions as it required less energy to produce. 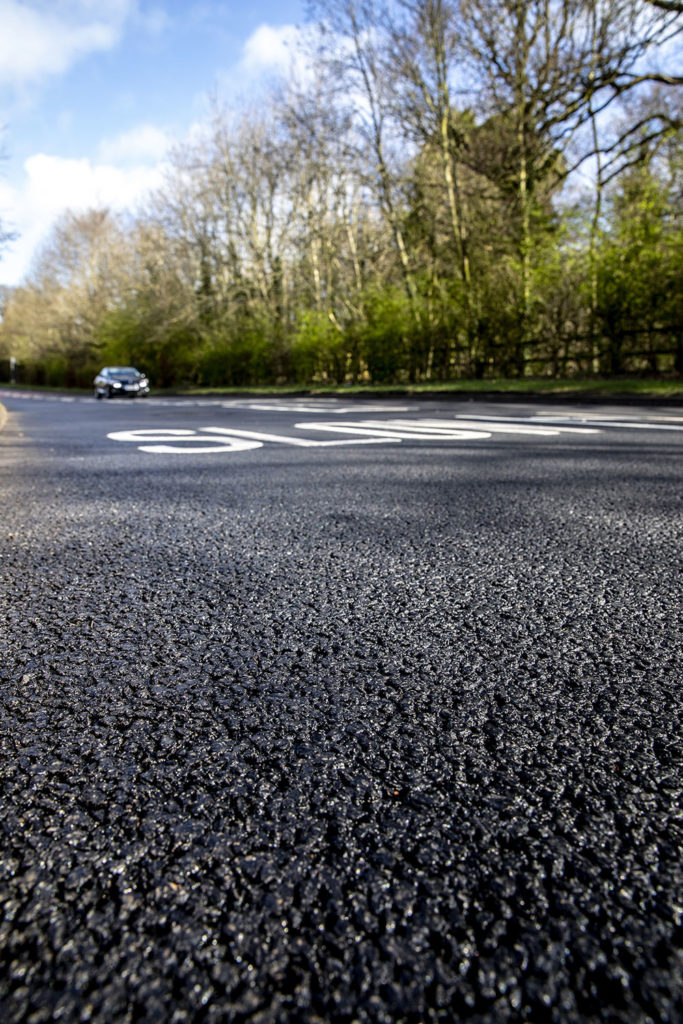 White lines on the northbound carriageway were also marked out using a cold plastic product which is said to last three times longer than traditional ones. The southbound carriageway was marked with traditional hot thermoplastic road markings to allow a direct comparison of the durability
and performance of both products over the coming years. In addition, all the bituminous material removed from the carriageway during resurfacing works has been identified for reuse with the new asphalt base layer containing 25% reclaimed asphalt and the surface layer containing 10%.

The three projects – funded through a successful £5 million bid awarded through the Department for Transport’s Challenge Fund to assist with recovery following Covid-19 – will have generated over 21,000 tonnes of worn-out carriageway material for reuse while the new materials used on the schemes incorporate approximately 3,700 tonnes of reclaimed asphalt.

Cllr Ozzy O’Shea, Cabinet Member for Highways and Transport, said: “Using recycled and carbon friendly components for our road improvements emphasises our commitment to improving the environment and is in line with the council’s net zero carbon pledges.”

Brian Kent, National Technical Director at Tarmac, added: “It’s fantastic to see Leicestershire County Council embracing the many benefits of these new asphalt technologies. It is the first authority to use the new rubber modified warm mix material for a project of this scale and it is vital that others follow their lead in adopting the use of the more sustainable highways solutions available if net zero targets are to be reached.”

Across the bypass projects, the council is saving a total of 32 tonnes of carbon, estimated to be the equivalent of the emissions generated by travelling over 165,000 miles in a standard car.